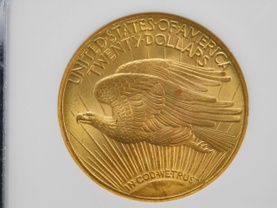 * see our all perfect all 5 star Reviews *

Well the time has come again to go back too appointments only. Please call ahead for your appointment. The office will remain open for 2 customers at a time and 2 people maximum in the waiting area. Our hours of operation will be the same as before from 9:30 am till 4:00 pm but you must make an appointment time before stopping by. This will help with social distancing. Thank you again and stay safe !!

To better serve our eastern North Carolina customers we are proud to invite you to meet with 1 of us at the First Citizen Bank branch located at  101 Wakelon St, Zebulon, NC 27597. Call first to make an appointment for this location ! 1-919-740-4822. We are meeting with customers from Wilson, Rocky Mount or Greenville NC area. It is our way of meeting you halfway so you don't have to make that drive to Raleigh to sell us your Seated Liberty coins.

High grade PCGS,NGC & ANACS graded and certified Seated Liberty Coins are on the top of our most wanted list. We have local coin collectors waiting in lines to buy these coins. Please call with any of these coins you want to trade or sell. These professional graded coins will bring you strong money. If you have average used circulated Seated Liberty Coins they will be added to our buy list very soon.

Please give us a call if you have any Seated Liberty Coins. We buy used and circulated coins as well as the PCGS,ANACS or NGC graded Seated Liberty Coins. Your seated liberty coins don't have to be in mint new condition for us to buy them. We really enjoy the coins design and we will pay top dollar for your coins.

Here is more info. on these Seated Liberty Coins

The Seated Liberty portrait designs appeared on most regular-issue silver United States coinage during the mid- and late nineteenth century, from 1836 through 1891. The denominations which featured the Goddess of Liberty in a Seated Liberty design included the half dime, the dime, the quarter, the half dollar, and until 1873 the silver dollar. Another coin that appeared exclusively in the Seated Liberty design was the twenty cent piece. This coin was produced from 1875 to 1878, and was discontinued because it looked very similar to the quarter. Seated Liberty coinage was minted at the main United States Mint in Philadelphia, as well as the branch mints in New Orleans, San Francisco, and Carson City.

The basic obverse design of the Seated Liberty coinage was designed by Mint engraver Christian Gobrecht, which consisted of the figure of Liberty clad in a flowing dress and seated upon a rock. In her left hand, she holds a Liberty pole surmounted by a Phyrgian cap, which had been a pre-eminent symbol of freedom during the movement of Neoclassicism (and in fact traces its roots back to Ancient Greece and Rome). Although it had fallen out of favor in Europe by 1830, Neoclassicism remained in vogue in the United States until after the American Civil War. Liberty's right hand rested on the top corner of a striped shield with a diagonal banner inscribed with the word "Liberty". The shield represented preparedness in the defense of freedom. The date of the coin appeared on the bottom below Liberty.

The basic reverse design of Seated Liberty coins depended on the denomination. The size of half dimes and dimes necessitated a smaller array of elements. On these coins, the reverse consistently featured a wreath around the words "half dime" or "one dime". Before 1860, this wreath consisted of laurel leaves, a traditional Neoclassical image, but beginning that year, the wreath was enlarged and was filled not only with leaves, but also traditional American agricultural products, such as corn and wheat. On quarter, half dollars, and silver dollar coins, the reverse featured a central eagle about to take flight, with a striped shield upon its breast. The eagle clutched an olive branch of peace in its right talons and a group of arrows in its left talons. Above the eagle around the rim were the words "United States of America" and below the eagle around the rim lay the coin denomination. Beginning in 1866, the coins featured a ribbon with the motto "In God We Trust" above the eagle.

To find out more info. or to buy or sell your Seated Liberty coins just call us

NO One-Absolutely No One-Pays More For Quality Seated Liberty Coins !

Gobrecht’s Liberty Seated design made its appearance in the quarter dollar denomination in 1838. Matching the other new silver designs of the time, the quarter depicts Liberty seated on a rock, her left hand holding a liberty cap on a pole and her right holding a shield inscribed LIBERTY. Thirteen stars are around the upper border, and the date is below. The reverse is somewhat similar to the preceding design, except the denomination is now expressed as QUAR DOL. instead of 25 C and the eagle is a bit heavier looking with a shorter neck and body. There is no motto on the reverse.

In 1866, the motto IN GOD WE TRUST was added to the reverse of the Liberty Seated quarter dollar, half dollar and silver dollar. The Liberty Seated obverse in combination with the eagle reverse with the added motto then continued in use through 1891, with the exception of some 1873 issues and all 1874 issues, which again displayed arrows at the date. Mintage was continuous at the Philadelphia mint, while San Francisco and Carson City produced coins in most years though 1878. The only New Orleans issues of the type is the 1891-O made during the last year the design was in use. There are a number of rarities within the span, with top honors being held by the 1873-CC (variety without arrows at date) of which just four or five specimens are known to exist out of an original mintage of 4,000.

Raleigh Coin Dealers is a well trusted coin dealer in Raleigh,NC. Our founder Louis Gouchie has been collecting coins for over 40 Years and has been a full time coin dealer in Raleigh for over 20 Years. As such he has helped thousands of people with buying & selling their rare coins for the best possible prices.  We pay strong for coins worth money and Seated Silver coins are high on that list. We are appraisal experts in Seated Liberty coins. ANA trained with Certificates in both US coin grading and counterfeit detection.

We also attend coin shows every year to stay in the loop with market trends and reach customers nationwide. If you have valuable Seated Liberty coins that you haven't touched in a number of years now may be a great time to have them evaluated. We are the Seated Liberty Experts in North Carolina ! Louis completed his first short set of Seated Liberty Halves back in 1980 . He knows these coins very well. Call RGCD and ask for Louis today to speak to him about your Seated Liberty coins in your collection. Let us help you to get you the highest amount of cash for your coins.

We buy Seated Liberty silver coins in Raleigh for the highest possible payouts.

Raleigh Gold Coin Dealers owner is a coin master (Numismatist) and buys all Seated Liberty coins from coin collectors all over this country.

To buy any Seated Liberty Coins at the best price anywhere just click below to see our seated liberty coins for sale online.